A Brief Insight into Uniqueness of Forex Market

There are several unique features of forex market which we will briefly look into in the following sections so that you are better informed about the market before entering it. The foreign exchange market is also made of different factors which we will highlight here and provide you better insight on how they work.

The currency market is formed in such a way that there is no central trading market for it. In addition to it there are also no regulations which can be implemented on a trans-country basis.

Contents show
1 Nature of Forex Market
2 Primary Quote Price
3 What are the reasons for fluctuations in forex rates?
4 Norms of Currency Trade
5 A Final Note

The currency market or forex market works on over the counter basis and due to that many interconnected markets has developed. The trade takes place in these markets on several currency instruments. The nature of foreign exchange market is as such that there is no singular rate for the exchanges that happen between different currencies. But traders try to maintain the rates at same level across markets so that arbitrageurs cannot take advantage from it.

The London Market Price has evolved as the quoted price in different markets because of the fact that London has long been a dominant player in the forex market. But there are many other strong players in the market such as Hong Kong, Singapore, New York and Tokyo who play significant role in the currency market.

What are the reasons for fluctuations in forex rates?

The main cause for fluctuations in forex rates is monetary flows to different types. Sometimes there are also expectations in the market that monetary flows would change if events occur such as GDP growth, trade surpluses, international fisher effect, variations in rate of interest, budget deficits, inflation and other factors which fall in the category of macro economic considerations.

A forex trading product is said to be formed when two different currencies are involved in a transaction. This currency pair has a definite format of QQQRRR or QQQ/RRR in which QQQ and RRR are currency codes for different countries as given in ISO 4217. The first one, QQQ is called as base currency.

The rates are commonly against USD and it is also made the base currency except if few other currencies are involved like GBP, EUR, NZD or AUD. In rest cases US dollar is used as base currency. To better illustrate it, let us look at AUDUSD 1.3544 which means that one AUD is equal to 1.3544 USD.

Now another thing worth mentioning here is that in case because of some factor QQQ is affected then it will show its effect on different currency combinations it is involved in such as QQQRRR or QQQSSS. This also results in development of what is known as currency correlation between different pairings which involve QQQ.

The currency pairs which see heavy trading in the global foreign exchange market include:

Thus we expect that you must have gained a lot from this brief insight into how the forex market works and the factors which have major influence on daily transactions that occur.forex market, foreign exchange market, currency market, forex rates, forex trading 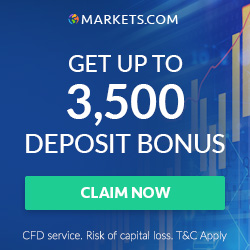